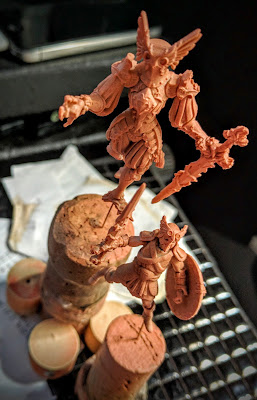 Release 1.41.837 is the milestone release that (finally) implements support for the Flower Knight expansion and its alternate campaign, "The Bloom People".

Beyond that, 1.41.837 is a substantial feature and bug fix release as well.

In terms of features/usability, this release pushes out support for permanent affinity controls on the Survivor Sheet, which is a pretty big come-up (especially for my People of the Sun). Certain Abilities and Impairments (e.g. the Savior ones) also automatically update survivor permanent affinities, so there is also some nice automation associated with the new controls.

Release 1.41.837 also overhauls the "World" panel of the Dashboard to include a.) a number of new facts/figures/stats about the Manager, b.) better, more precise stats/averages and c.) more usage/user-activity info.

As far as corrections and fixes go, the most notable updates have to do with the various problems pertaining to weapon mastery (and the auto-application of specializations): most of that should be smoothed out now, but, as usual, if you see something odd/weird/wrong/broken, please use the GitHub issues to report it.

Finally, this is also the first proper release in the new production environment, i.e. the first release pulled straight from Github to the Google Cloud Platform environment, and the whole release has literally nothing to do with any of the legacy configs on the Linode VPS. Which, to put it another way, is to confirm that the emergency migration started two weeks ago is now officially complete.

As usual, hit the jump for details!