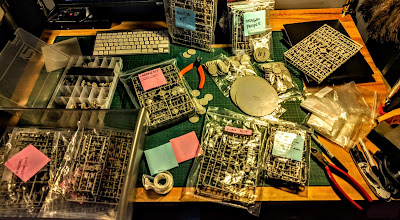 This release revises how Savior status is handled on the Survivor Sheet, in the Campaign Summary view and on the Manager's back-end. The revisions are tantamount to a total tear-down/rebuild of the feature.

While I initially did not intend to revise Savior functionality in this milestone, I decided to pull in a last-minute suggestion for cleaning up the feature, and then once I started on it, I realized that I a.) wanted to run with it a bit and b.) take the opportunity to pay down some technical debt that I've been carrying for something like eight months (i.e. since Savior support initially went live in the Manager).

There are very few corrections in this release, but there is a slew of presentation and UI touch-ups in this release as well, including the final deprecation of the "Save" button at the top of the Survivor and Settlement Sheets.

(Which is kind of a milestone in and of itself: the button was originally added as a work-around and has been confusing users since it was added. It's nice to finally be able to be totally done with it.)

Finally, in terms of progress towards the Black Friday milestone, I think I'm going to end up hitting most of my goals by this weekend: as of release 1.50.1102, I've resolved 49 of the 53 issues in the milestone and I've basically got all day tomorrow to hack out the rest of it (including outstanding Safari issues, cursed item controls and adding support for the Manhunter expansion).

As usual, hit the jump for complete notes.

Posted by Timothy O'Connell at 5:48 PM