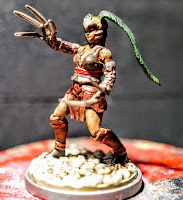 Release 2.78.1502 is primarily a break/fix release intended to smooth out some of the issues introduced in the last one.

In addition to the normal fixes and corrections, this release addresses issue #502, where clicking on a settlement from the Dashboard sometimes boots you from the webapp.

In terms of new stuff, there isn't much in this release, but subscribers with Beta features of the application enabled will notice that the KD Collections functionality has expanded to include settlements.

If you've got Beta features turned on, you can now create campaigns that include all of the FArts, Disorders and Settlement Events of all the expansions in your collections.

KD Collection features will most likely move out of beta in the next release of the Manager: they're not quite ready for prime time just yet. When the KD Collection functionality does move, it will be generally available to all users of the Manager.

Finally, speaking of the next release, that will probably come some time in June and will be similar to the last production release of the Manager, in that it will mostly be focused on clean-up, optimization and getting the Manager ready for what comes next.

...which, for now, will remain shrouded in secrecy.